Rewordable is the uniquely fragmented word game. Two to eight players take turns making words with the cards from their hand and a shared pool, with the goal of amassing the largest “lexicon” by the end of the game. Players can add to their own words, or even steal words from other players – if they can add onto another player’s word. Sixteen “Rewardable” tokens also rotate into play during the game, giving players a changing set of goals, strategies, and bonuses.


How is it different?

Rewordable differs from typical word-building games in that its deck consists not of individual letters but of common one, two and three letter sequences found in English. The 120 card deck was carefully engineered through statistical linguistic analysis, the development of a computer simulation capable of playing thousands of rounds in seconds, and through extensive in-person playtesting in living rooms, kitchens, cafes, bars, and other game night locales. This iterative process helped to build a deck not just of common letter sequences, but of letter sequences that uniquely work together to create balanced gameplay and to facilitate the construction of longer, more common, more satisfying words. Combined with the game’s striking visual design, Rewordable is an inclusive and engaging play experience that will appeal to players of all interests and skill levels. 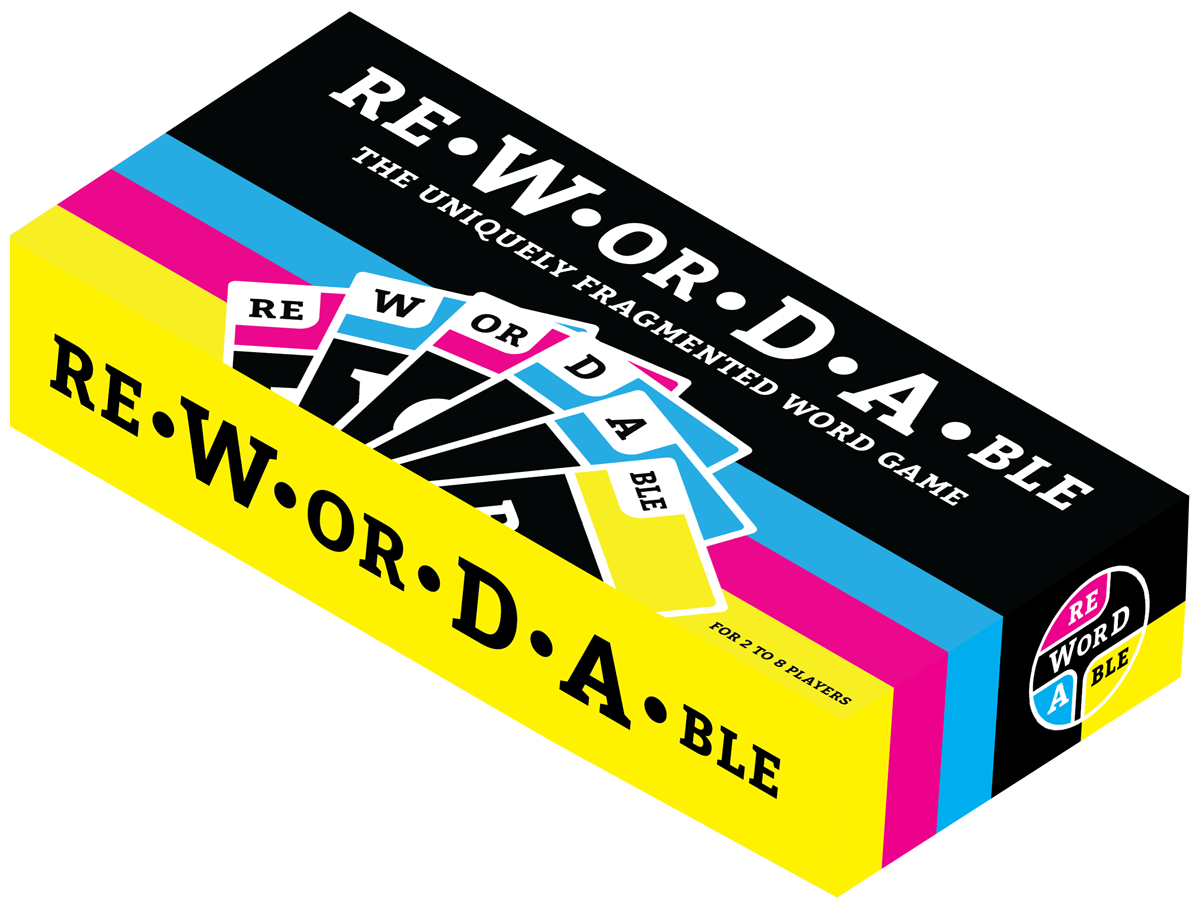 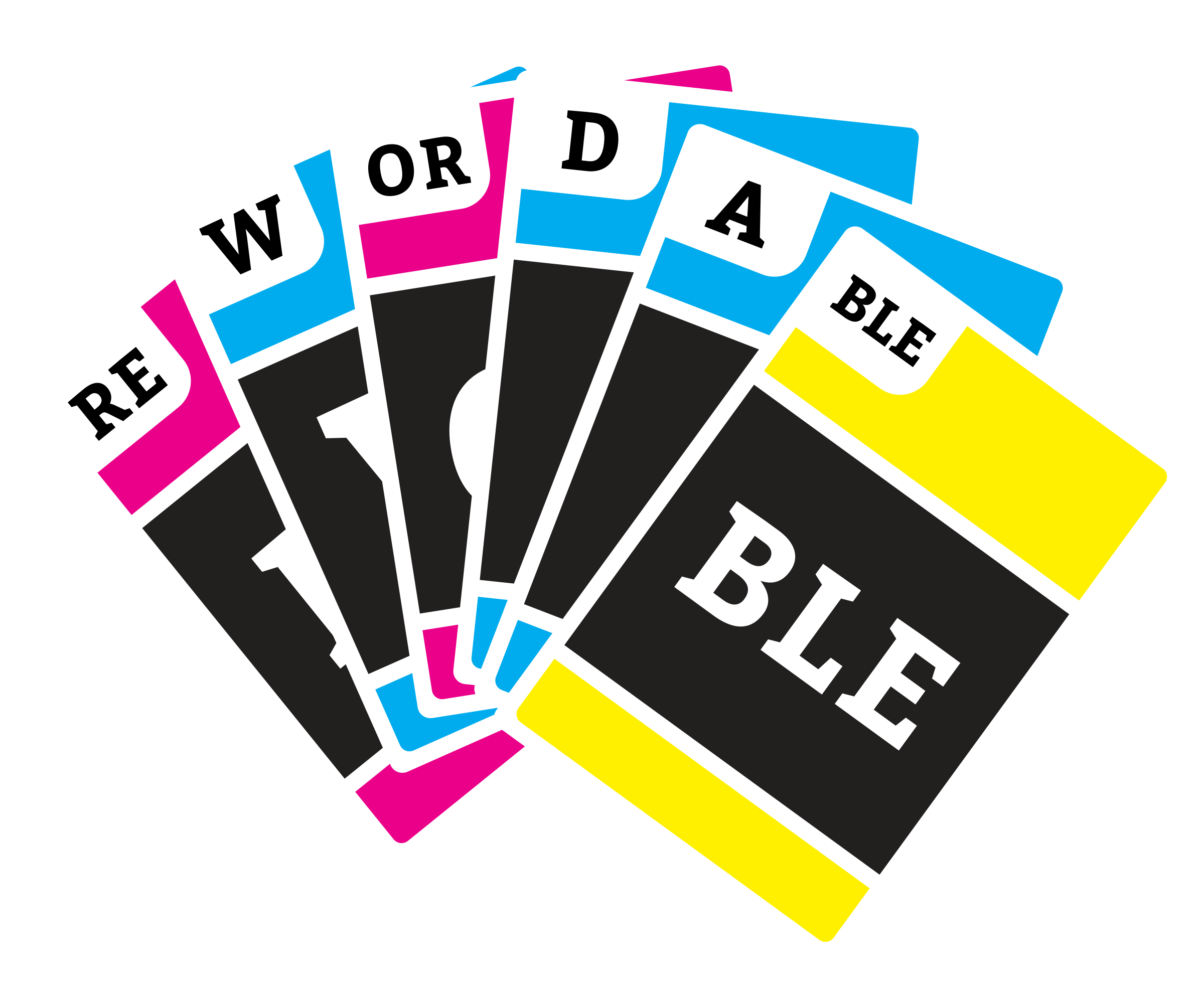 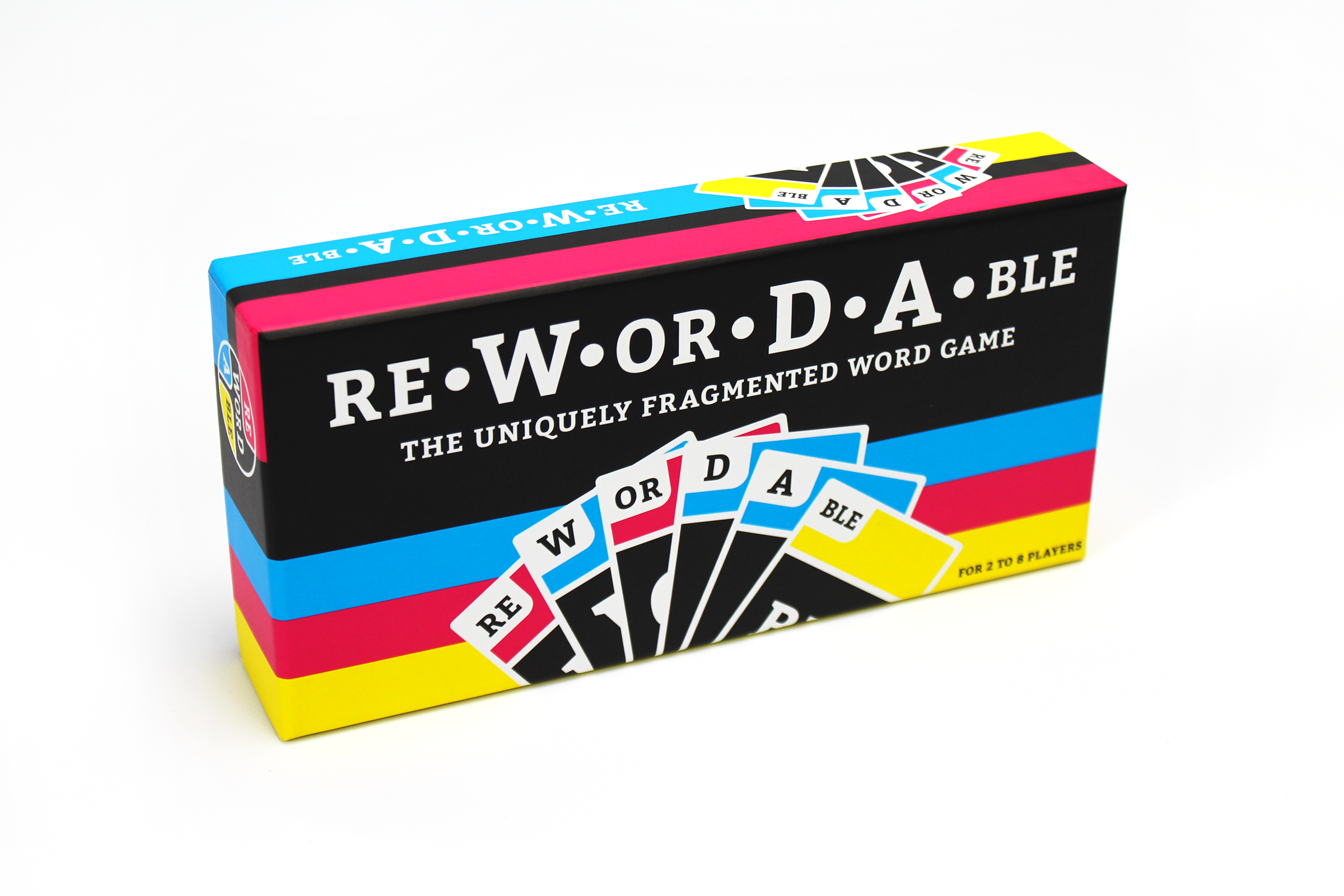 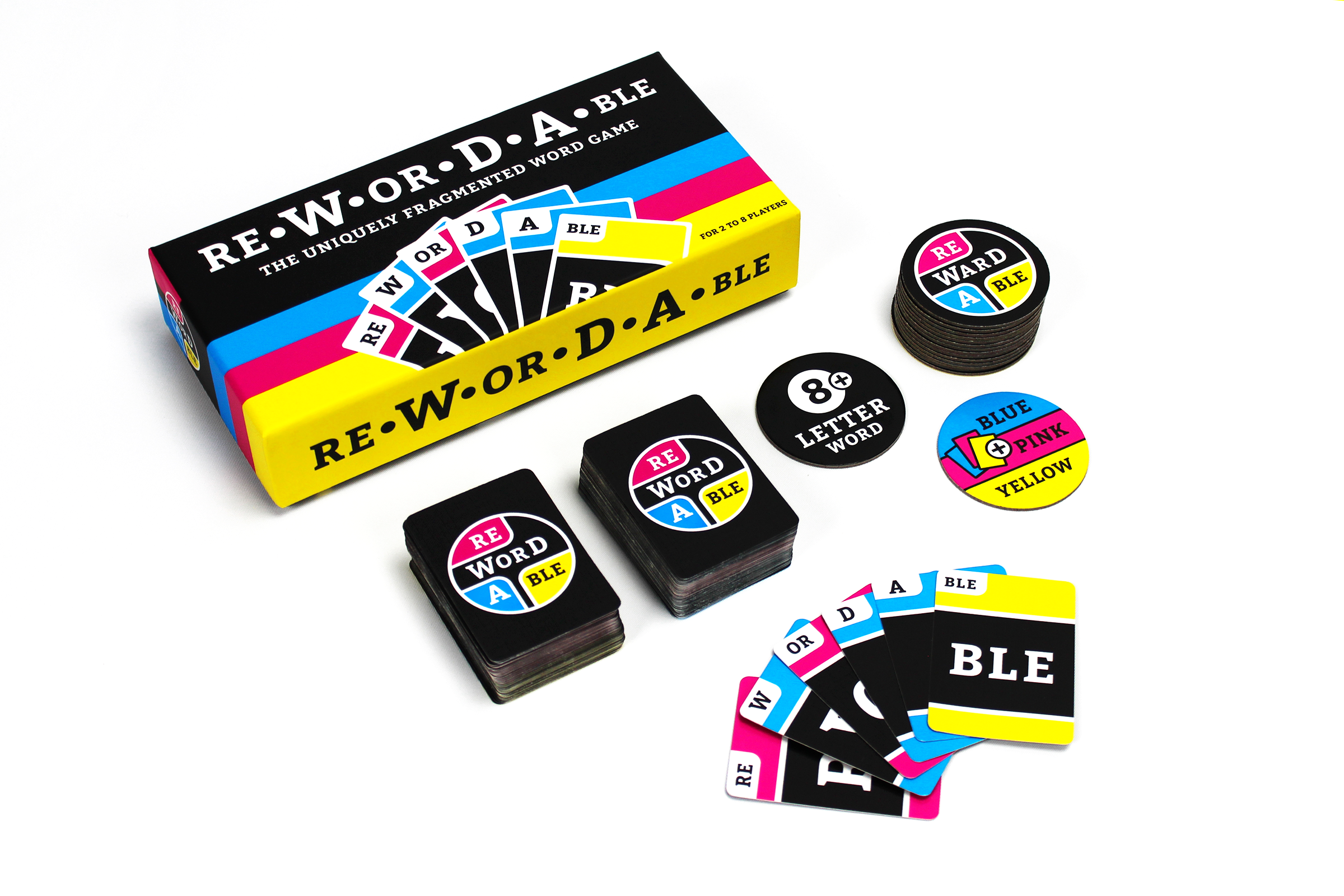 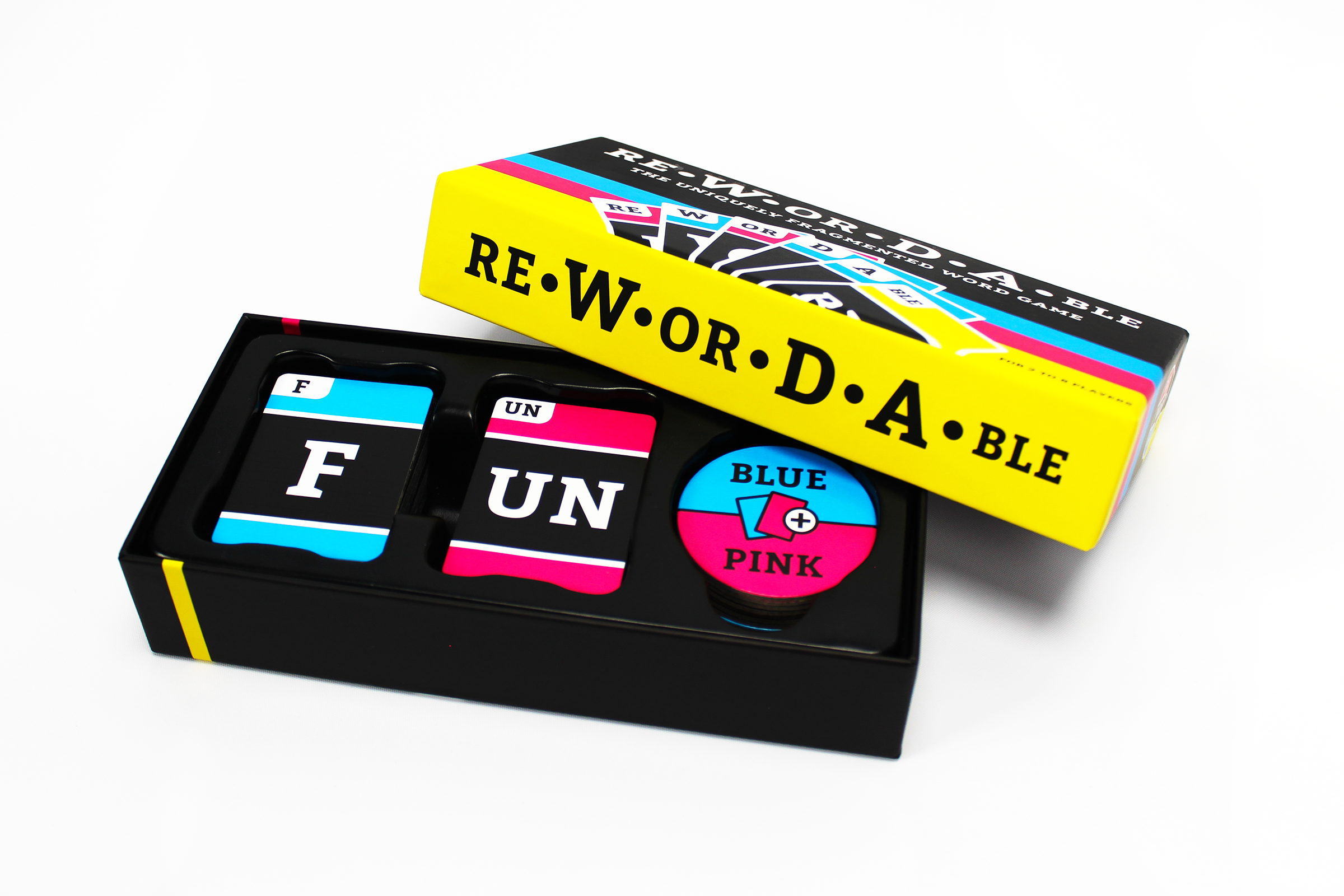 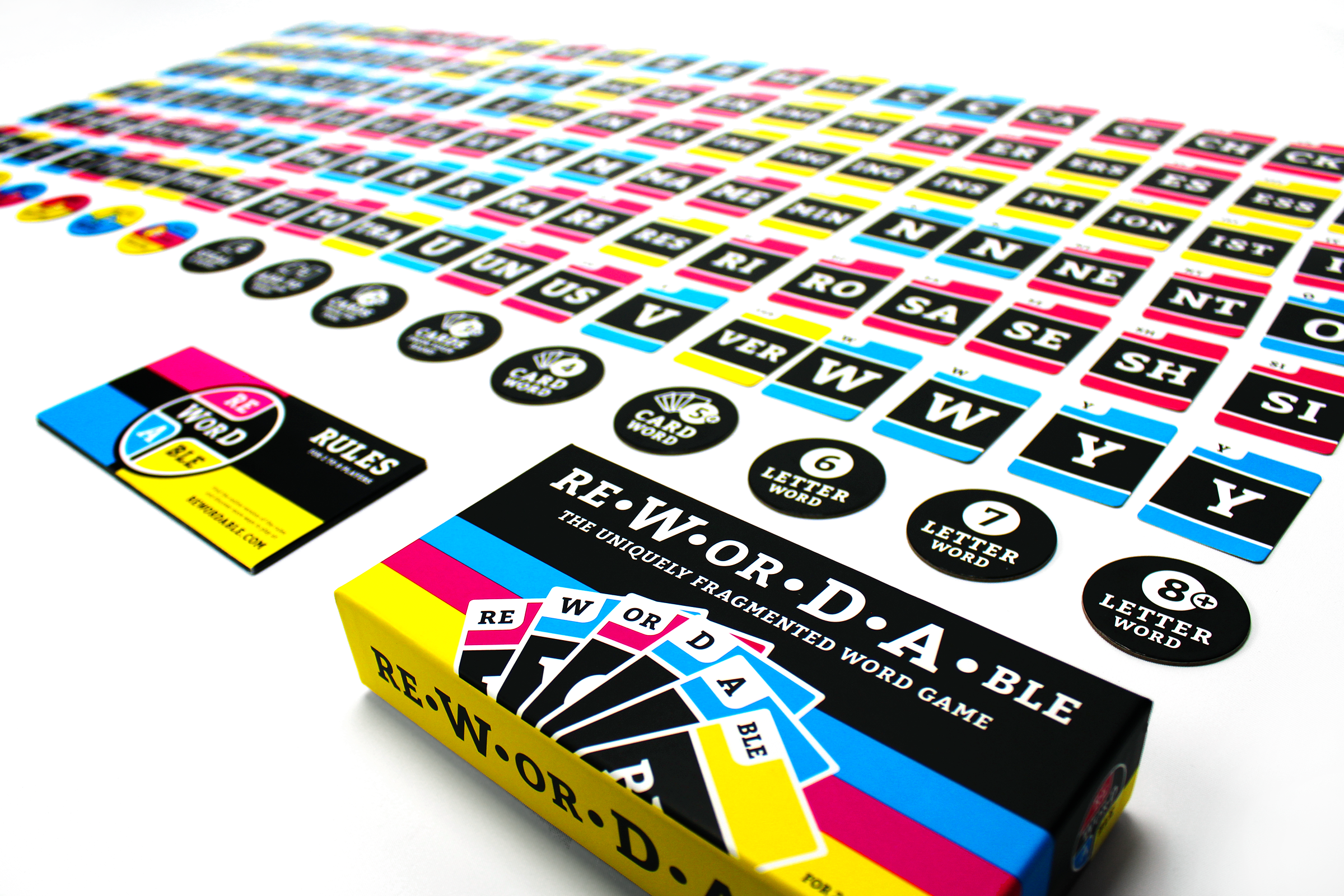 Rewordable is for sale at Amazon, Barnes & Noble, Walmart, and lots of great local shops, in the US and around the world. Check out our retail page for more details.

If you are a retailer who would like to carry the game, you can get the game wholesale through Alliance Games or directly through Penguin Random House.

Rewordable was created by Allison Parrish, Adam Simon, and Tim Szetela, in a master’s course at New York University’s ​Interactive Telecommunication Program (ITP)​. In Spring 2016, it was selected as the first non-digital game at the ​NYU Game Center Incubator​. In Fall 2016, it launched on Kickstarter and was successfully funded in just eight days. By the end of its campaign, 1232 backers showed their support for Rewordable by pledging $43,342 (288% of the project's funding goal). In January 2017, Rewordable teamed up with ​Clarkson Potter​, an imprint of Penguin Random House, to publish the game. The game went on sale starting August 22, 2017.

Bustle (April 18, 2018)
10 Board Games About Words For Book-Lovers
"The ultimate game for wordsmiths everywhere"

Kotaku (Dec 26, 2017)
Five Family-Friendly Board Games That Aren't Monopoly
"The best family board games have simple rules but high skill caps, and Rewordable is a perfect example of that."

The Rewordable Team first met as students at New York University’s Interactive Telecommunications Program (ITP). Since graduating, they each have worked in diverse sectors of media, technology, education, and games, reuniting to make Rewordable. 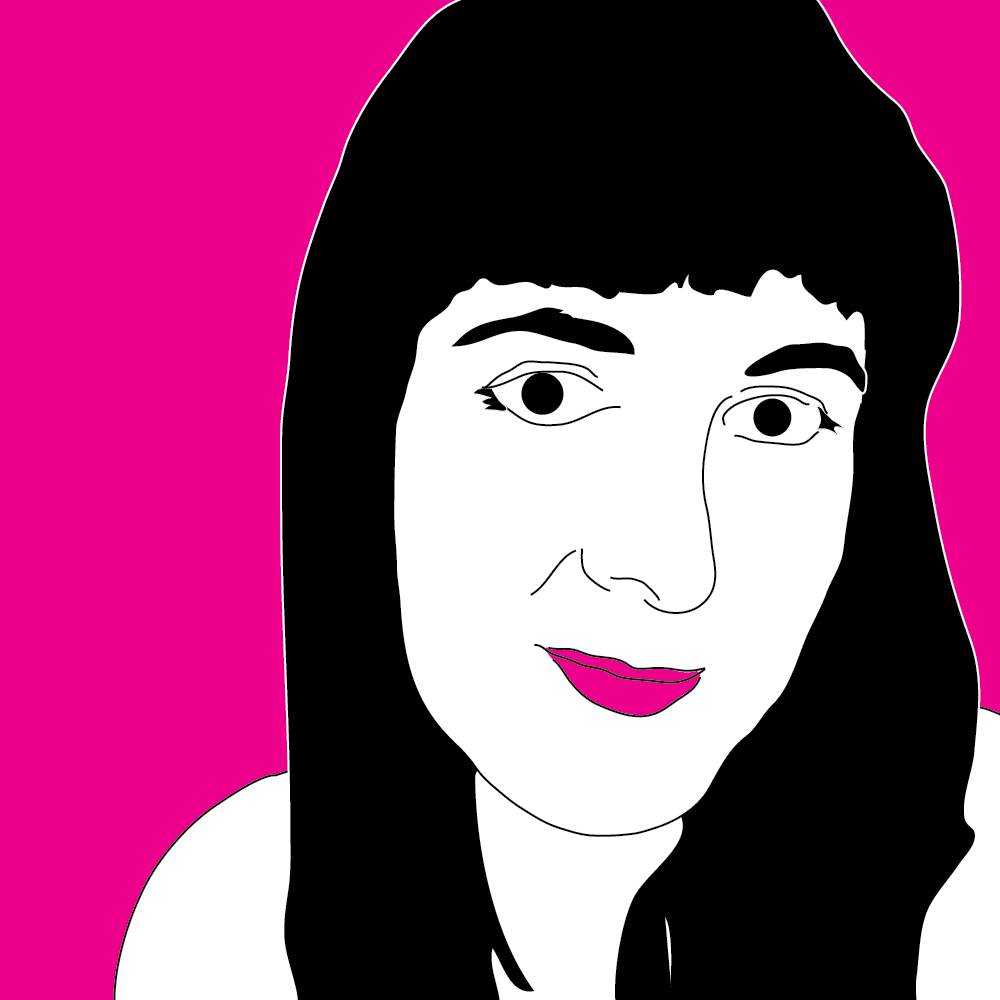 Allison Parrish is a computer programmer, poet and game designer whose teaching and practice address the unusual phenomena that blossom when language and computers meet. She has recently given talks on computer-generated poetry at the Electronic Literature Organization conference, !!Con, Alt-AI, SXSW Interactive and Eyeo. From 2014 to 2016, Allison was the Digital Creative Writer-in-Residence at Fordham University, and has recently been a research resident at DBRS Innovation Labs and a Processing Foundation fellow. Allison is currently a member of the full-time faculty at NYU's Interactive Telecommunications Program. 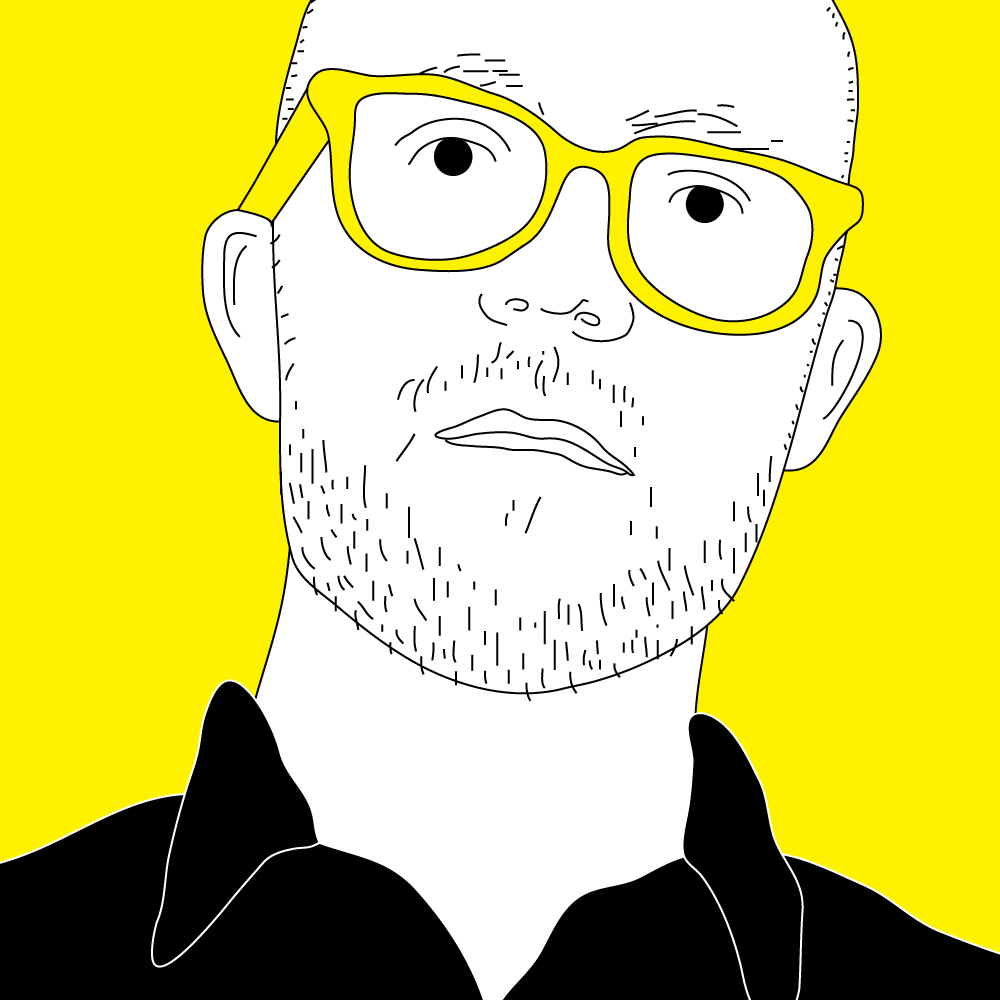 Adam Simon is an innovation-driven entrepreneur, having used technology to build innovative experiences for over fifteen years. His work has included directing live performances and television, designing games and theme park attractions, and creating new platforms for media distribution and consumption. In 2008, he founded Socialbomb to work with clients like HBO, Red Bull, Technicolor, and the BBC to build breakthrough mobile social software. Recently, Adam joined the IPG Media Lab to bring innovation-driven solutions to a new caliber of global client, while he continues to consult on creative technology strategy, design, and development for companies of all sizes. His work has earned him a Clio and several Webbys, and has been featured in The New York Times, The Washington Post, Fast Company, and Gizmodo. 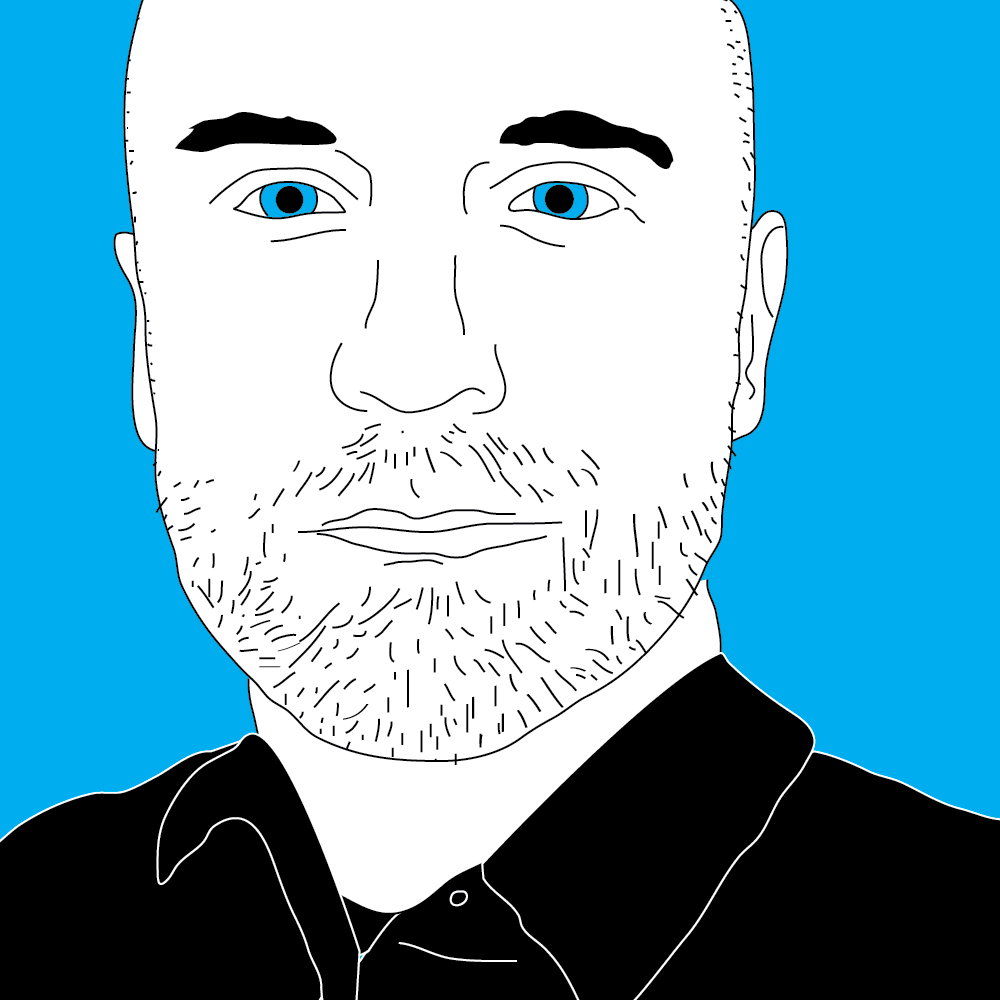 Tim Szetela is a designer, animator, and digital artist. He works with analog and digital media, software, and code to visualize location, language, and data. His art and design work has been shown at museums, festivals, and exhibitions, internationally. He also collaborates on the production of digital content and consults on technology and design for a wide range of companies and organizations. He currently teaches at Princeton University and the School of Visual Arts in New York.